In a few deft strokes of character and a story told through a cast of just three, Tarell Alvin McRaney’s The Brothers Size (★★★) reflects myriad permutations of modern manhood. One brother Size, Ogun (Gary-Kayi Fletcher), works hard as a mechanic to provide a life for himself and his younger brother, Oshoosi (Clayton Pelham, Jr.), an unmoored dreamer recently freed on parole from prison. Oshoosi is intent on walking a straighter path, but nevertheless finds himself distracted by his fun-loving friend Elegba (Thony Mena), who is also just out of the pen.

Childhood pals Oshoosi and Elegba became more than brothers behind bars. And the affection they shared in prison lingers heavily, disruptively, over their newfound freedom, upsetting the dynamic of brotherly codependence between Oshoosi and Ogun.

Inspired by Yoruba folktales, The Brothers Size is the second in a trilogy of plays that McRaney (Moonlight, Wig Out!) penned featuring Ogun, Oshoosi, and Elegba, although the story it tells is, more or less, self-contained. Set in the Louisiana bayou, the play limns a compact parable about love and redemption that’s rendered with moving tenderness in José Carrasquillo’s new production at 1st Stage.

A director with an eye for potent visuals and a strong sense of atmosphere, Carrasquillo beautifully uses William K. D’Eugenio’s excellent lighting and Sarah O’Halloran’s sound design to focus the intention of each scene. He also draws persuasive emotion from the seesawing relationships between brothers and friends.

Oshoosi might be the center of this emotional tug-of-war, but it’s Ogun, through Fletcher’s riveting performance, who anchors the drama. Fletcher bares the pride that Ogun takes in carrying himself as an honorable man, and the burden he carries in being his brother’s keeper. While Pelham and Mena create intriguing chemistry from Oshoosi and Elegba’s mutual attraction, the play ultimately feels oriented towards Ogun, whose story just breathes more fully.

Carrasquillo and scenic designer Giorgos Tsappas even supply a ritual pool where Ogun might lay down his burdens, orienting their set around a fountain of life in the shape of a human eye. Of course, it might also be a place for Oshoosi and Elegba to heal the wounds that burden them, too, and perhaps discover the depths of their own brotherly love.

The Brother's Size at 1st Stage 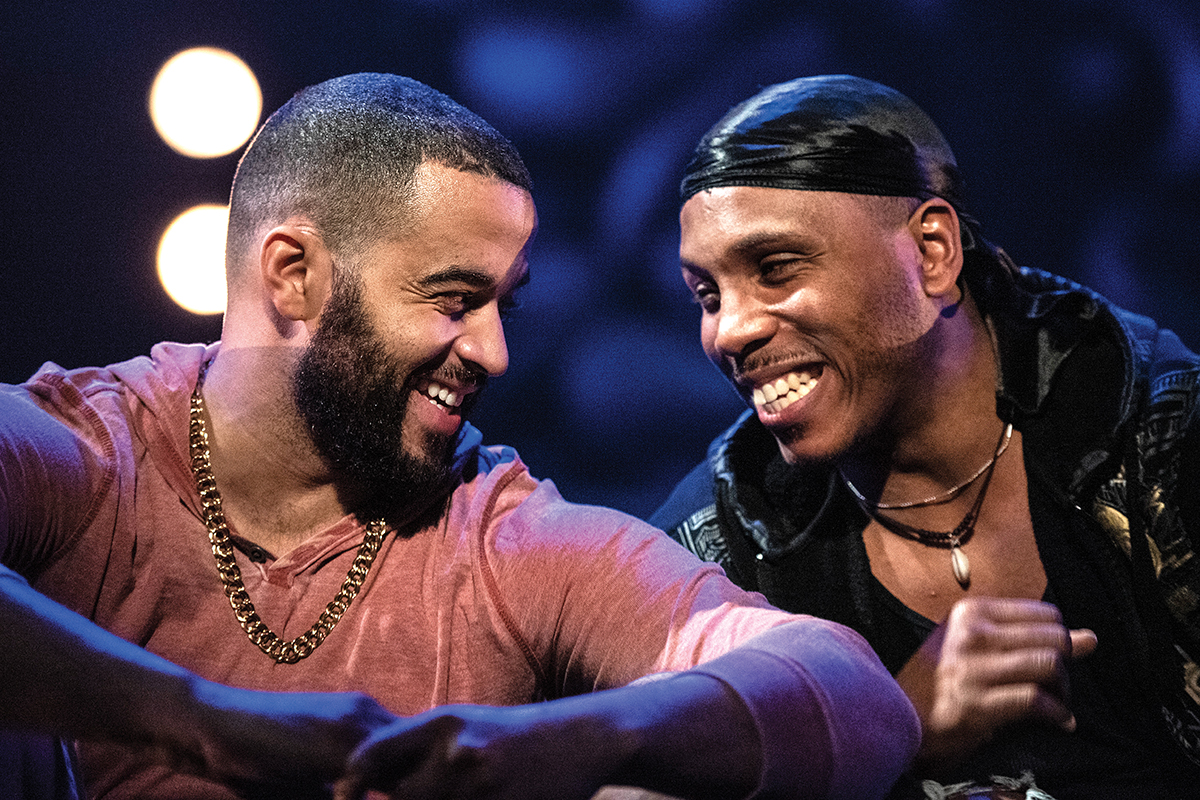