‘His Own Life’ explores Oliver Sacks’s most profound case study: himself

Documentary filmmaker Ric Burns captured the doctor, who came out late in life, on film months before he passed away. 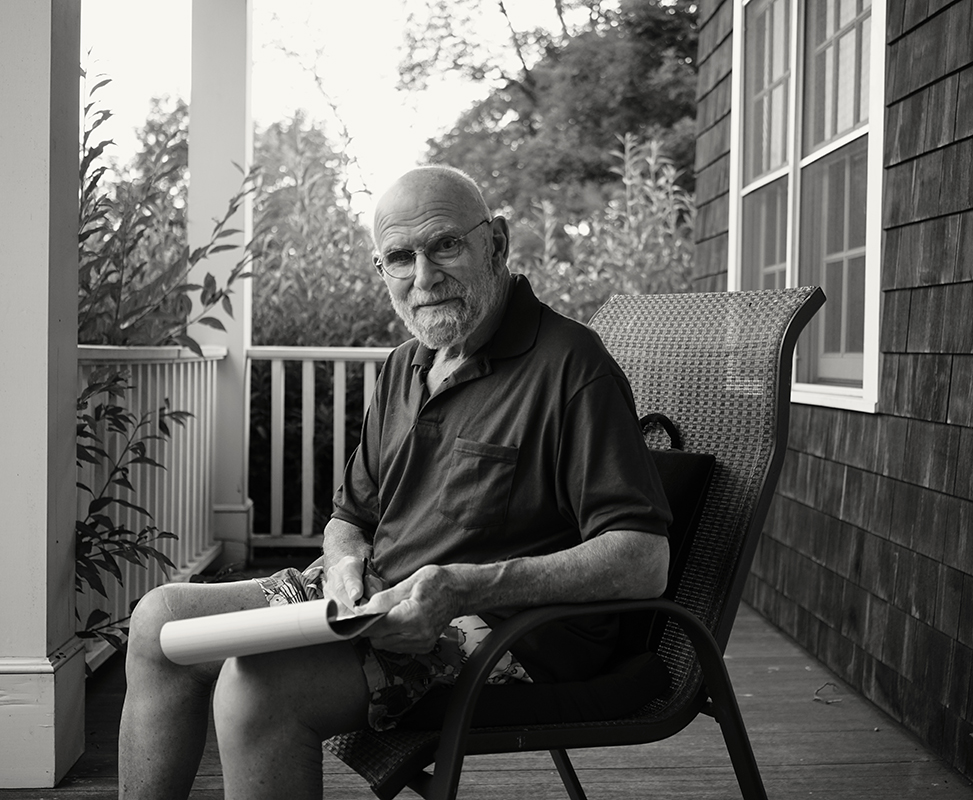 Even his dearest friends, and most avid readers of the books and stories that made him famous, might not ever have known that Dr. Oliver Sacks was gay until he wrote about it in his 2015 memoir, On the Move: A Life, published just before he died at the age of 82. Sacks hadn’t really discussed — and was thus never defined by — his sexuality, any more than he was defined entirely by his groundbreaking work with patients suffering encephalitis lethargica, as covered in his best-selling book Awakenings.

Sacks discusses being gay, and nearly every other aspect of his extraordinary life, with candor, humor, and characteristic insight in the warmly engaging documentary Oliver Sacks: His Own Life, directed by Emmy-winning documentarian Ric Burns. It was mere months before Sacks passed away at his home in Manhattan that his close friend and longtime editor Kate Edgar contacted Burns to get the cameras rolling. “[She] called me in early January 2015 and said, ‘Hi, I’m Kate. Oliver’s dying. Will you come in and start filming?'” recalls Burns. “So we did.”

Burns and crew didn’t go through the usual path of raising funds. “We didn’t have any time,” he says. “We had to go in right away. And so within weeks, we were in his apartment. And we met Oliver and filmed Oliver where we found him, for the most part in his apartment, surrounded with friends, family members, relatives, colleagues, writers.” The assembled circle of loved ones includes Sacks’ partner, Bill Hayes, who, along with Edgar, helped provide the filmmakers research images, photography, home movies, and a practical guide to experts on Sacks and his work.

From Sacks biographer Lawrence Weschler to NPR host Robert Krulwich, “this cohort of people” each provided pieces to the puzzle of Sacks. “So what we had was zero oversight, maximum access,” says Burns. “And you only get that if where you start is, ‘We’ve made the decision. We’ve chosen you. We now are going to enable you. We’re going to trust you.’ So you get that bundle, have it handed to you, and then it’s your responsibility not to fuck it up.”

The film’s featured on-camera contributor is, of course, Sacks himself. Reading from the then-unpublished manuscript of On the Move, Sacks narrates his late-in-life love story with author and photographer Hayes, and describes how, at 18, he was harshly rejected by his dear mother, a leading obstetrician of her day, for revealing his homosexuality.

“The film is a mixture of his extemporaneous reflections about himself, his family, his mother, life, neurology, chemistry,” Burns says. “Sometimes it’s what his friends or family members or colleagues had to say about it. I really enjoyed the fact that we didn’t feel like we had to shape the material, but we had to use the material as we found it, as it came to us through Kate and Oliver and Billy and this amazing assortment of characters. And out of that came the attempt to understand Oliver’s subjectivity, his own life.”

Sacks — who spent much of his life probing the mysteries of the brain and consciousness, while remaining in many ways a mystery to those who knew him best — offers himself as his last, perhaps most intriguing case study. Burns and his crew were able to help him complete his story.

“Every frame of the movie that was Oliver, you could feel it in who he was,” says Burns. “The young boy loved by his mother, the youngest of four, the person kind of traumatized by the psychosis of his brother, Michael, cursed and cast out by his mother, fleeing to California, riding a motorcycle, failing as a scientist, finding the patients in Beth Abraham, creating this life for himself, always alone. And finding late in life Billy Hayes, the only person he ever really had a deeply satisfying love relationship with outside his family. You feel each one of those frames of Oliver’s life all the time in Oliver. Which is wonderful because, as reserved as he was, he kind of wore himself on his sleeve and that’s a lovely, sometimes vexing and even exasperating quality for a person to have.”

Oliver Sacks: His Own Life reveals many qualities in its subject, chief among them his empathy — for patients, other humans, all living things — and his passion for understanding where biology and biography intersect. “He just wanted to connect,” says Burns. “He was a person who was gifted in connection, and in many ways disabled in connection. He wanted connection, found it hard to connect, and found a way to connect. And it was the work of a lifetime. So he’s a scientist. He’s a doctor, neurologist, clinician, writer. But in some sense, he’s an everyman. He’s doing those things as his specific way of being somebody grappling with those questions. And that’s incredible.”

André Hereford covers arts and entertainment for Metro Weekly. He can be reached at ahereford@metroweekly.com. Follow him on Twitter at @here4andre.
← Previous Story 3 Powerful New Films to Stream This Week
Next Story → WATCH: Colin Firth and Stanley Tucci are a gay couple in emotional drama ‘Supernova’