When former D.C. Mayor Adrian Fenty signed marriage equality into law in December 2009, Frank Kameny was missing. He had to attend to his heating unit, which was being replaced ahead of a looming snowstorm. This was not, however, a simple scheduling conflict. Getting the heat back on in Kameny’s house was more than that.

”Up until about two years ago, I kept everything up quite meticulously,” Kameny said at the time, explaining that he’d been using his kitchen stove to keep warm. ”I used to mow the lawn and clear the leaves. … Nowadays, I don’t have the energy and the stamina I once did.” 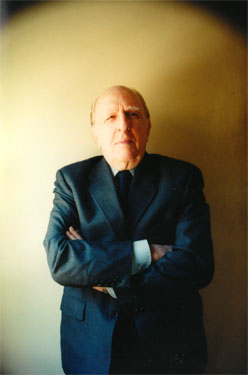 Councilmember David Catania (I-At Large), however, does have stamina and energy, as well as the wherewithal to marshal city services through the D.C. Office on Aging and District Department of the Environment, and saw to it that Kameny’s heating situation was remedied.

It was just one instance of the community coming to Kameny’s aid.

”For two weekends, a small army of us mowed and weeded,” remembers Jonathan Blumenthal, co-founder and board president of Burgundy Crescent Volunteers, responding to a 2006 request from the Rainbow History Project who were photographing Kameny’s Palisades neighborhood home for a historic registry application. ”The Gay Men’s Chorus [of Washington, D.C.] pretty much adopted him and kept his house in shape ever since.”

More recently, a relatively new organization, Helping Our Brothers and Sisters (HOBS), had been helping Kameny with taxi vouchers and some bills. Kameny often spoke of his financial problems, sometimes wondering aloud what his fiscal situation might have been had he not been fired from his U.S. Army Map Service job in 1957 for being gay. In 2010 he pointed to the government’s apology for that firing and joked, ”I humorously answered that they might then give me 52 years back pay.”

That didn’t happen. Instead, Kameny became a community’s reminder of what may be a greater problem among LGBT people than within the general population. Often having fewer obvious family ties, such as children, gay people may be at greater risk of losing social supports as they age.

As Blumenthal points out, ”He was famous and beloved, but there are many others that need help.”

That’s where groups such as HOBS come in. Marvin Carter, who founded the organization, says he thinks particularly of gay veterans discharged dishonorably in the days before ”Don’t Ask, Don’t Tell,” losing their benefits as a result. At a retired Marine Corps major himself, it’s no wonder. But HOBS is not limited to LGBT seniors in need. It really has very few limits.

”People like Frank weren’t necessarily our mission, but our mission is broad enough that we can help people who need help,” Carter says. ”We try to help people without putting a whole lot of strings on it. Our process is probably a little less dogmatic.

”We still get a lot requests, but we can’t help everybody.”

Estimating an annual budget of about $100,000, dependent upon both a handful of high-dollar supporters and small-donation efforts such as the ”Buy Frank a Drink” page on Facebook, and no staff, there is certainly a limit to what HOBS can do. Locally, at least, a greater network is forming to help.

The District itself already lists LGBT resources on the Office on Aging website, such as the DC Primetimers and the Us Helping Us Support Group for Mature Men, for example. But there are two new efforts launched this year: SAGE Metro DC’s Friendly Visitor Program, out of The Center, D.C.’s LGBT community center; and People Advocating for LGBT Seniors (PALS), which is a joint effort from Whitman-Walker Health and the Mautner Project: The National Lesbian Health Organization.

Neither program is technically a direct-service provider, but what they offer can be invaluable.

”As far as SAGE is concerned, our position on those services is we try to make those services accessible and friendly,” says Alan Dinsmore, chair of SAGE Metro DC. So while their ”friendly visitors” volunteers are providing companionship, they can also keep tabs on seniors and identify when outside help may be needed. Similarly his group has also discussed the concept of ”villages,” whereby seniors of a particular neighborhood can subscribe to a sort of network that can help with errands or routine household chores.

”The ‘A’ in PALS is ‘advocacy.’ That’s not accidental,” she says. ”We will not be providing things that cost money. What we can do is connect [seniors] to services in the D.C., Virginia and Maryland area. We are in a position to be a more assertive and educated consumer on behalf of the client.

”I’ve often been stunned by the time, know-how, and a certain element of chutzpah and ‘stick-to-it-ness’ needed to get services to which people are entitled.”