Arena Stage’s “Roe” focuses on the lives of the women in Roe v. Wade 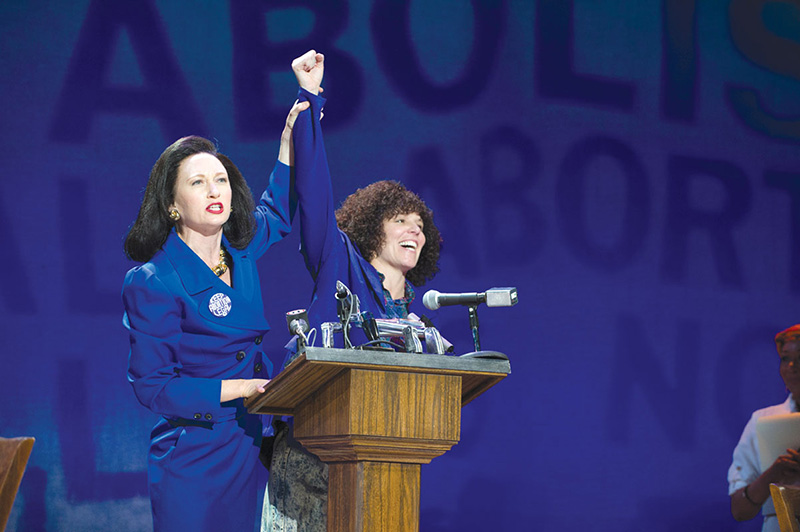 “With Trump winning, it shifted the play,” says director Bill Rauch. He’s discussing Lisa Loomer’s Roe, which has undergone a few changes for its run at Arena Stage in order to “better reflect the current landscape.”

But while the script has been tweaked slightly due to the incoming Trump administration and a Republican Party more focused than ever on negatively impacting women’s health care, Roe remains firmly focused on Roe v. Wade and the two key figures behind the landmark 1973 lawsuit.

“[Loomer] didn’t want to do a play that primarily dramatized the Supreme Court case,” Rauch says. “She really wanted to focus on the lives of the women at the heart of the case — both Sarah Weddington, the lawyer who argued Roe v. Wade in front of the Supreme Court when she was only 26 years old, and Norma McCorvey, who was the plaintiff who went by the pseudonym Jane Roe. She was just fascinated by these two women and their stories, and how their stories converge and then diverge, and how much it became kind of a metaphor for American society.”

There are sweet and touching moments in Roe, particularly in the depiction of McCorvey’s long-term relationship with Connie Gonzales. “That relationship is really the emotional center of the play in many ways,” Rauch says. Eventually, McCorvey was “born again” and renounced her sexuality. “As a gay man myself, that’s one of the most challenging parts of her story,” Rauch says.

There are other challenges involved with a play on such a hot button issue as abortion. “It was very important to Lisa that the play include multiple points of view,” Rauch says. “And I think she’s done a really remarkable job of bringing in really disparate points of view. Really remarkable. And people who see the play are always surprised by the multiplicity of viewpoints in it.

“They’re also surprised by how entertaining it is,” he adds. “Lisa has a wonderful ear for comedy. As serious and urgent as the issue is, I think it’s a surprisingly entertaining show.”