Our pick of the best in arts and entertainment in D.C. this week!

By Doug Rule on December 1, 2017 @ruleonwriting 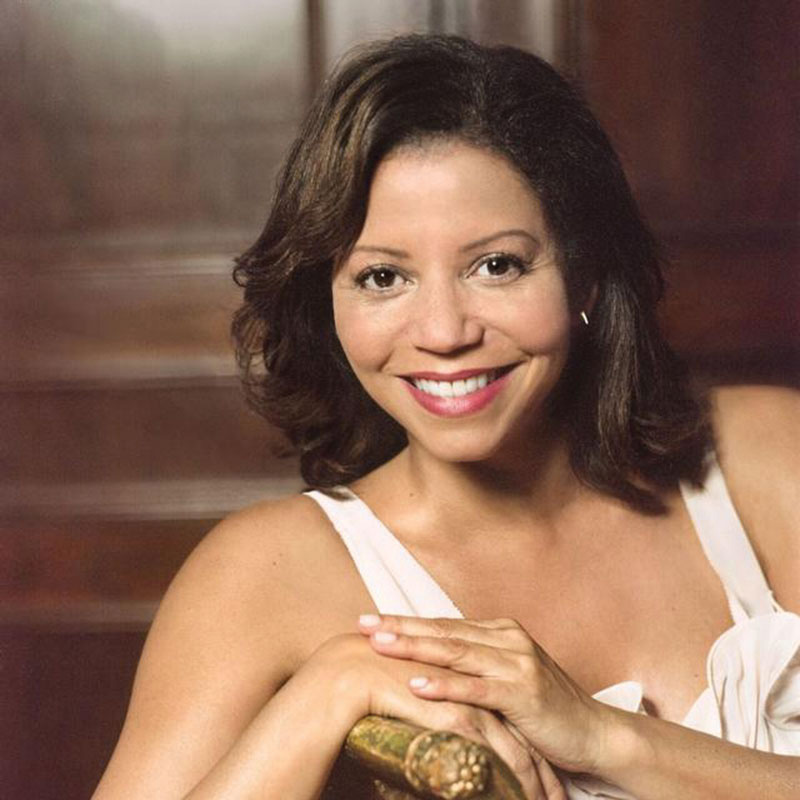 Gloria Reuben, who currently has a recurring roles on USA’s satisfyingly bizarre Mr. Robot, first came to broad national attention on NBC’s ’90s-era hit E.R., on which she played HIV-positive nurse Jeanie Boulet, a role that inspired her to become an HIV/AIDS activist. But the actress has long had a side career in music and comes to Blues Alley to show off her chops with her “Great Ladies of Song” cabaret. She’ll perform from the repertoires of jazz legends Ella Fitzgerald and Sarah Vaughan, and fellow Canadians k.d. Lang and Alanis Morissette, among others. Tuesday, Dec. 5, at 8 and 10 p.m. Blues Alley, 1073 Wisconsin Ave. NW. Tickets are $31, plus $12 minimum purchase. Call 202-337-4141 or visit bluesalley.com. 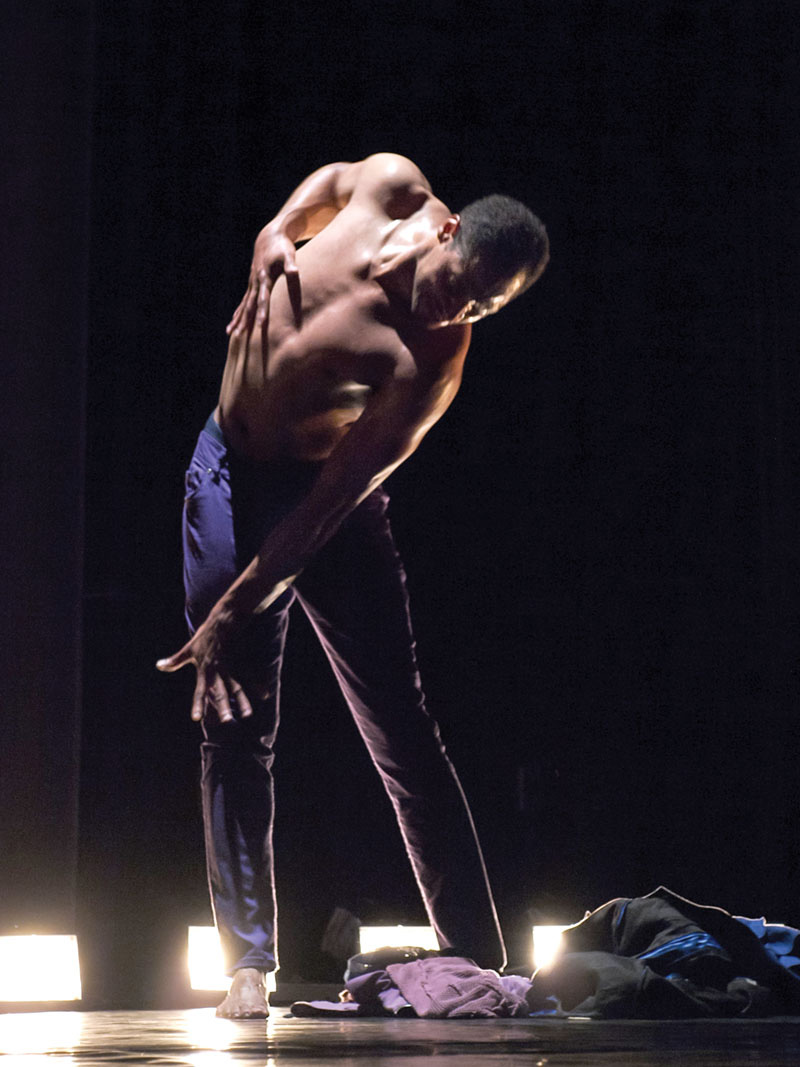 As part of its free nightly Millennium Stage programming, the Kennedy Center presents a selection of works from the award-winning choreographer, including several solo pieces, to be danced by Wilkins. The evening will include Triggered, along with the D.C. premiere of Media’s Got Me All Figured Out: Reloaded, a trio of works inspired by the events that fueled Black Lives Matter. Dancers from the University of Colorado Boulder will join Wilkins. Sunday, Dec. 3, at 6 p.m. Kennedy Center Terrace Theater. Tickets are free, distributed two tickets per person starting at approximately 5 p.m. in the States Gallery. Call 202-467-4600 or visit kennedy-center.org. 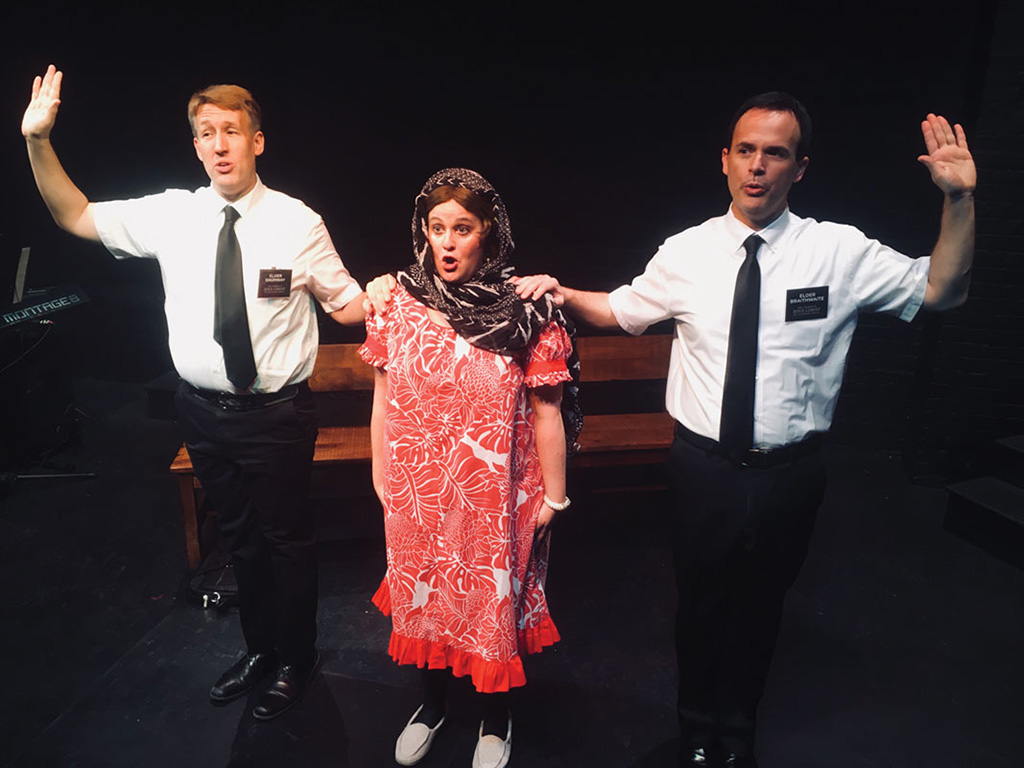 The Book of Merman

The Book Of Merman

Now that another Kennedy Center run of the popular Mormon-themed musical has come and gone, the outré Landless Theatre Company presents a similarly themed yet wackier musical comedy that goes beyond mere parody. Written and composed by Leo Schwartz, Book of Merman weaves a story about a chance encounter between two Mormon missionaries and Broadway’s legendary original diva, Ethel Merman, who shares advice and insights for the boys. To Dec. 8. District of Columbia Arts Center, 2438 18th St. NW. Tickets are $25. Call 202-462-7833 or visit dcartscenter.org. 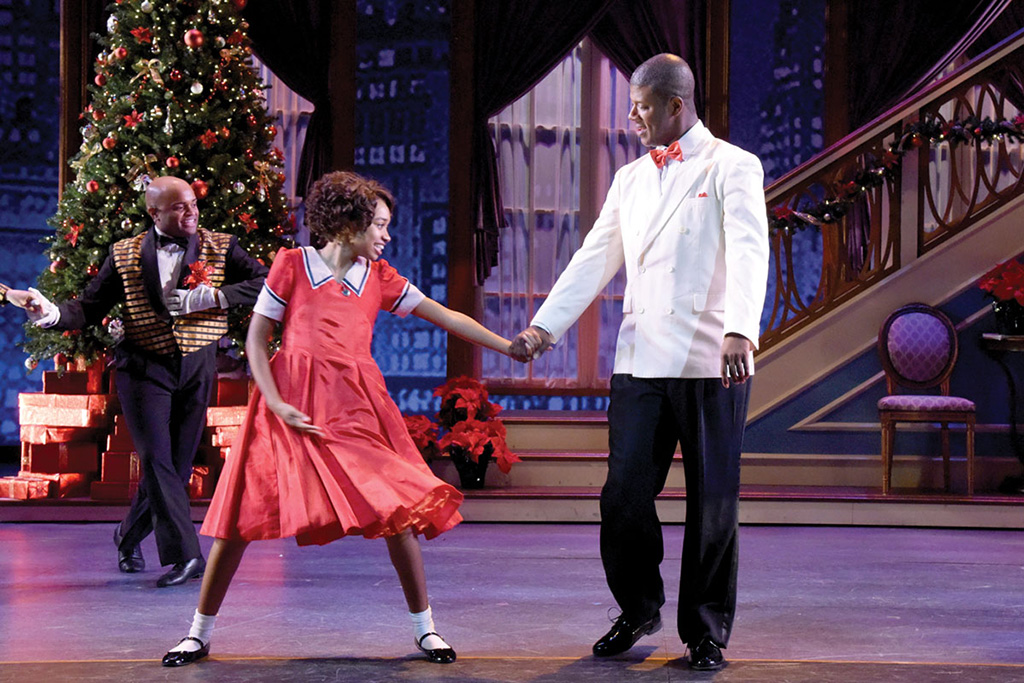 The sun’ll come out tomorrow and every day this holiday season at Olney Theatre Center. Forty years after composer Charles Strouse, lyricist Martin Charnin, and book writer Thomas Meehan teamed up for the feel-good musical about a determinedly optimistic little orphan girl, countless other, real-life kids have been inspired by the popular work to become theater performers (or at least theater queens) in their own right. The latest is Noelle Robinson, who heads a cast of 32, including Rachel Zampelli as Miss Hannigan, Kevin McAllister as Daddy Warbucks, and Wilson Jermaine Heredia as Rooster Hannigan. To Dec. 31. Mainstage, Olney-Sandy Spring Road, Olney, Md. Call 301-924-3400 or visit olneytheatre.org. 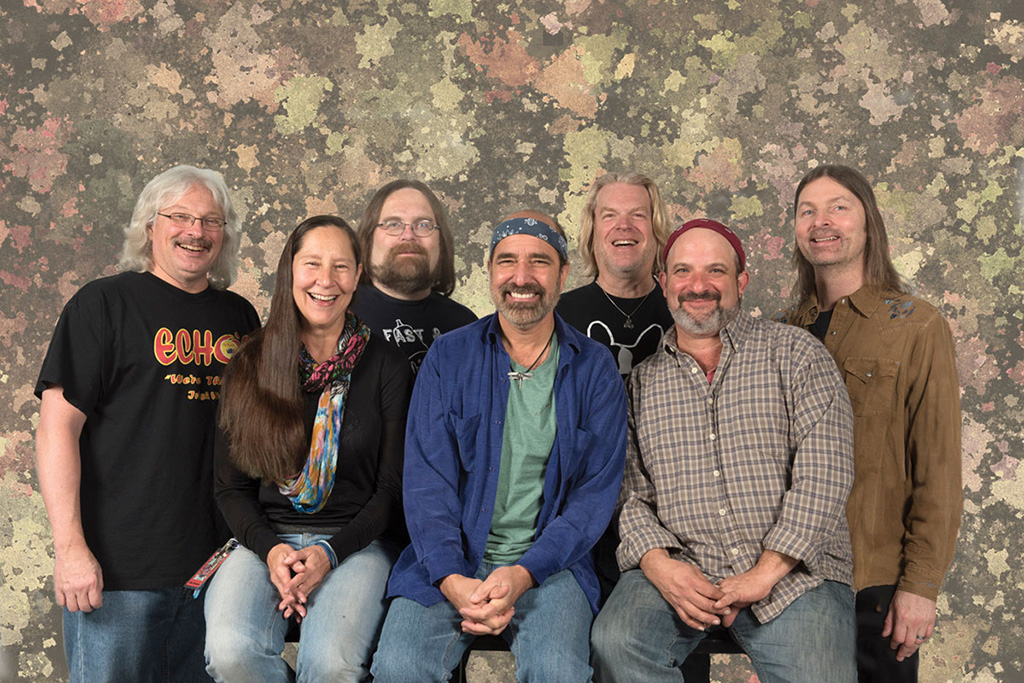 The annual return of the Chicago-based tribute band to the Grateful Dead. The show obsessively recreates a set list from a specific performance — this year, the July 14, 1991, concert at RFK Stadium — with the goal of “raising the Dead” for Deadheads. Even original members of the Dead themselves have sung the orchestra’s praises. Saturday, Dec. 2. Doors at 6 p.m. The Anthem, 901 Wharf St. SW. Tickets are $40 to $60. Call 202-265-0930 or visit theanthemdc.com. 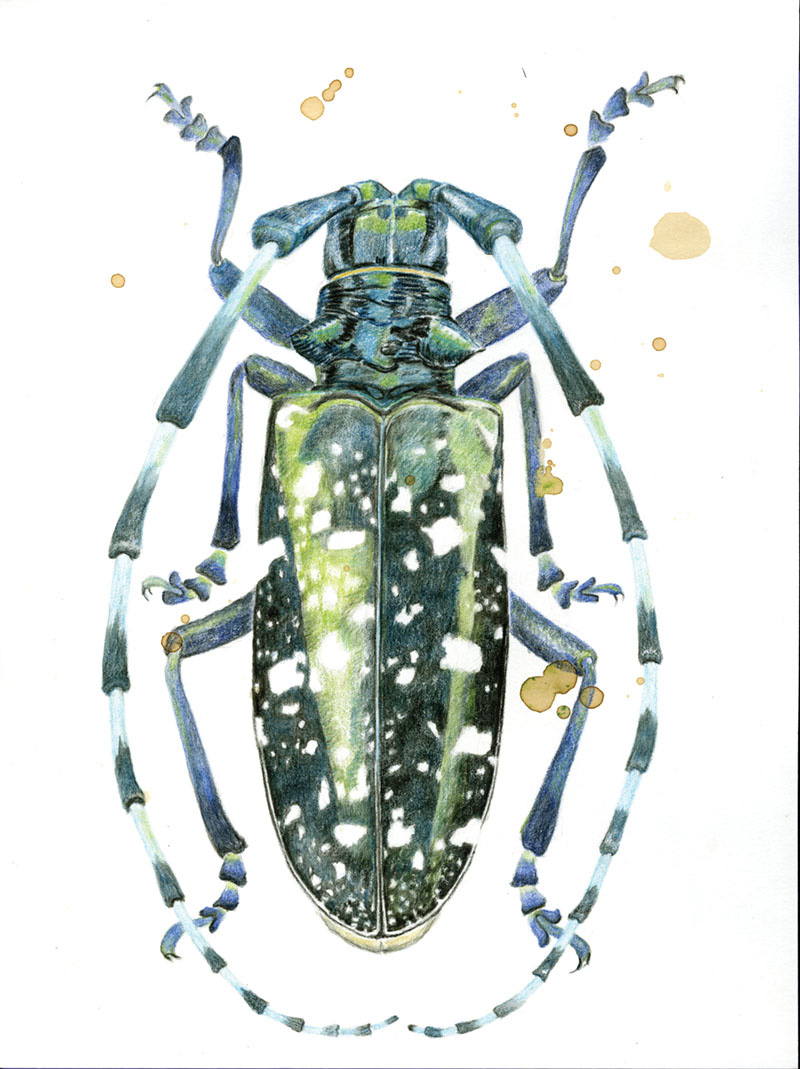 Adaptation Migration in the Anthropocene —
by Maggie Gourlay

Maggie Gourlay: Adaptation/migration In The Anthropocene

The National Zoo plays host to CulturalDC’s Space4: Mobile Art Gallery and the latest exhibition presented in a former 40-foot shipping container, running in tandem with ZooLights (see separate entry). In creating the immersive multimedia installation, local artist Maggie Gourlay was inspired by the exotic insect species that have migrated to the U.S. via commercial shipping containers and have become conservation threats. Community Kickoff is Friday, Dec. 1, from 6 to 8 p.m. Exhibit runs through Jan. 1. Outside the Visitor’s Center, 3001 Connecticut Ave. NW. Call 202-633-4800 or visit nationalzoo.si.edu. 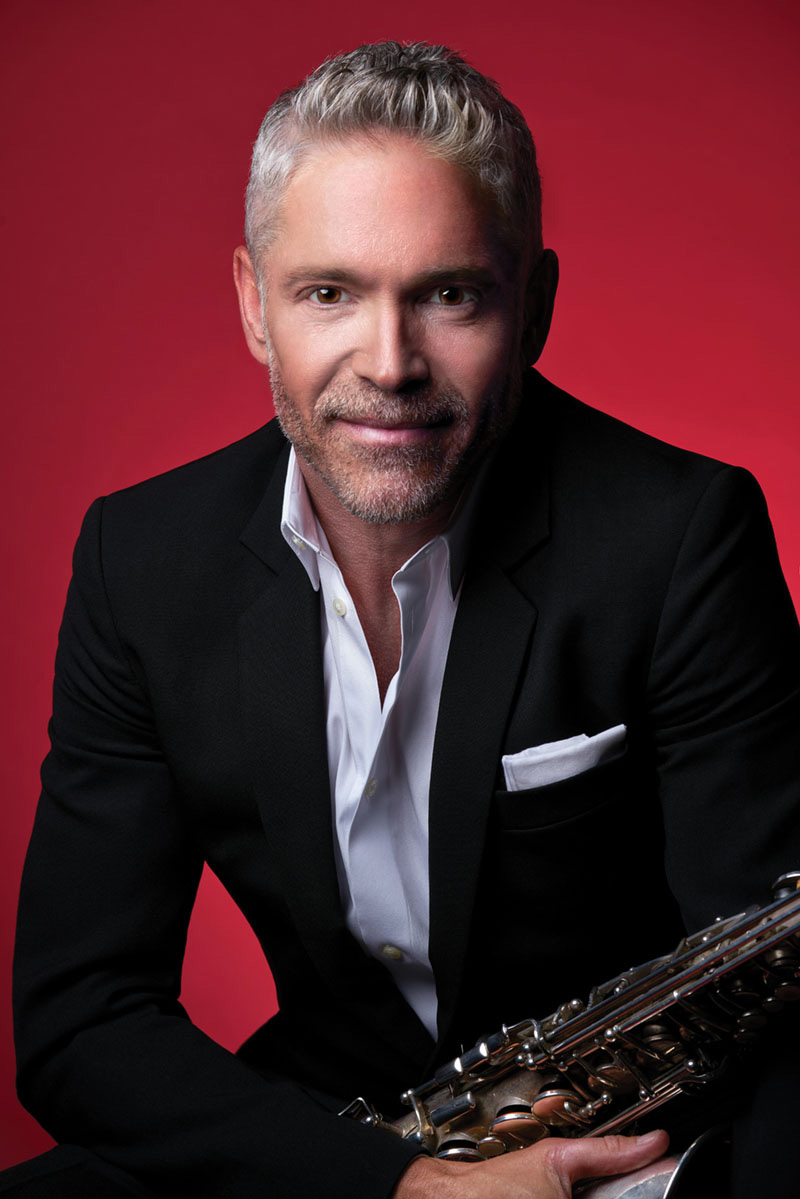