On Tuesday, the Supreme Court of New Jersey abolished requirements that transgender people who obtain court-ordered name changes must publish their former and new names in a newspaper of record.

The provision, which dates back to times when a gender transition was difficult to undergo, and when most states required either a court order, evidence of having undergone gender confirmation surgery, or both.

Previously, Garden State residents seeking to change their names through a court order were forced to publish their given and desired names twice, once when filing an application with the court, and a second time, after the name change was granted.

Trans activists had long objected to the publication requirement, arguing that it created a significant financial barrier for transgender people, who had to pay out of pocket to ensure their name was published.

Additionally, activists contended that the publication of proposed name changes placed a target on trans and nonbinary individuals, putting them at risk of violence or discrimination because they were forcibly “outed.”

The Transgender Legal Defense & Education Fund, which provides pro bono legal assistance for trans and and nonbinary people seeking to change their name through its Name Change Project, has long advocated for the elimination of the publication requirement, even submitting comments after the Supreme Court raised the possibility of amending the requirement in October.

TLDEF noted that many of its clients are people of color who live on less than $1,000 a month, thereby making court and publication fees all but impossible to afford.

“Removing the publication requirement for name changes not only makes the process more accessible and affordable to those who need it, but also removes the safety burden of publicizing private and personal information.

“At a time when violence against our community continues to break records, granting legal name changes and protecting private medical information will save lives.”

TLDEF and several partner law firms across the United States have been working with courts to reduce barriers to accessing name changes for lower-income trans people.

For instance, they were able to successfully petition courts to accept applications for name changes, and grant them, without requiring applicants to physically appear in court — an essential change needed in the middle of a global pandemic.

“Removing the requirement for people to publish name changes in the newspaper gives transgender and nonbinary people the dignity and privacy they deserve,” Christian Fuscarino, the executive director of LGBTQ rights group Garden State Equality, said in a statement.

“Eliminating these financial and social barriers ensures that trans people of all socioeconomic backgrounds have one less obstacle in the way of living full and healthy lives.”

Aetna, Cigna, and Humana accused of only paying out claims under doctor's "dead name," creating financial hardship for her practice. 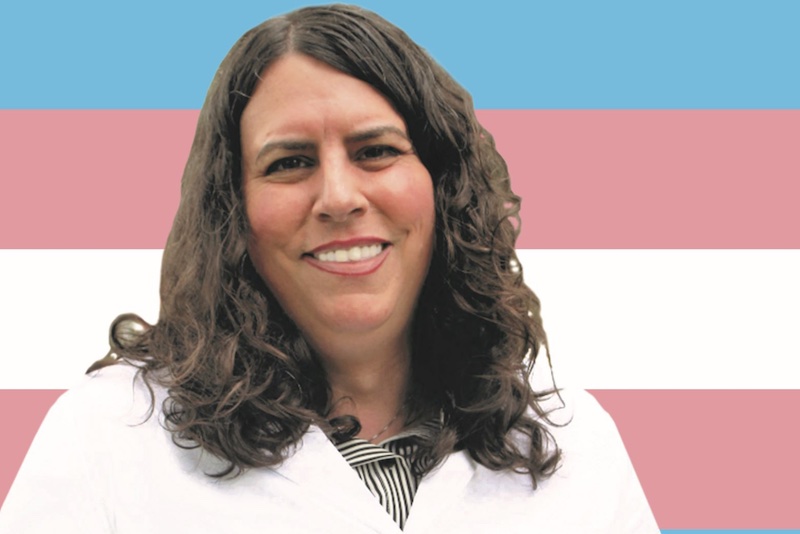 A transgender doctor in Louisiana is facing financial hardship and may have to close due to insurance companies that have refused to reimburse her for patient care using her legal name.

Dr. Tiffany Najberg, who owns UrgentEMS in Shreveport, Louisiana, says that even though she legally changed her name, insurance giants Cigna, Humana, and CVS-owned Aetna refused to pay out claims unless they are filed under her "dead name."

Najberg's name change, which was confirmed long before she opened her clinic in June 2021, has been accepted by various government agencies, including the Louisiana Department of Motor Vehicles and the U.S. Social Security Administration, as well as various medical boards and regulatory agencies, her residency program, her medical school, the Medicare Provider Enrollment, Chain and Ownership System, and insurers like Blue Cross and United Healthcare.