Sofi Tukker: “It’s the coolest thing ever” that LGBTQ people like our music 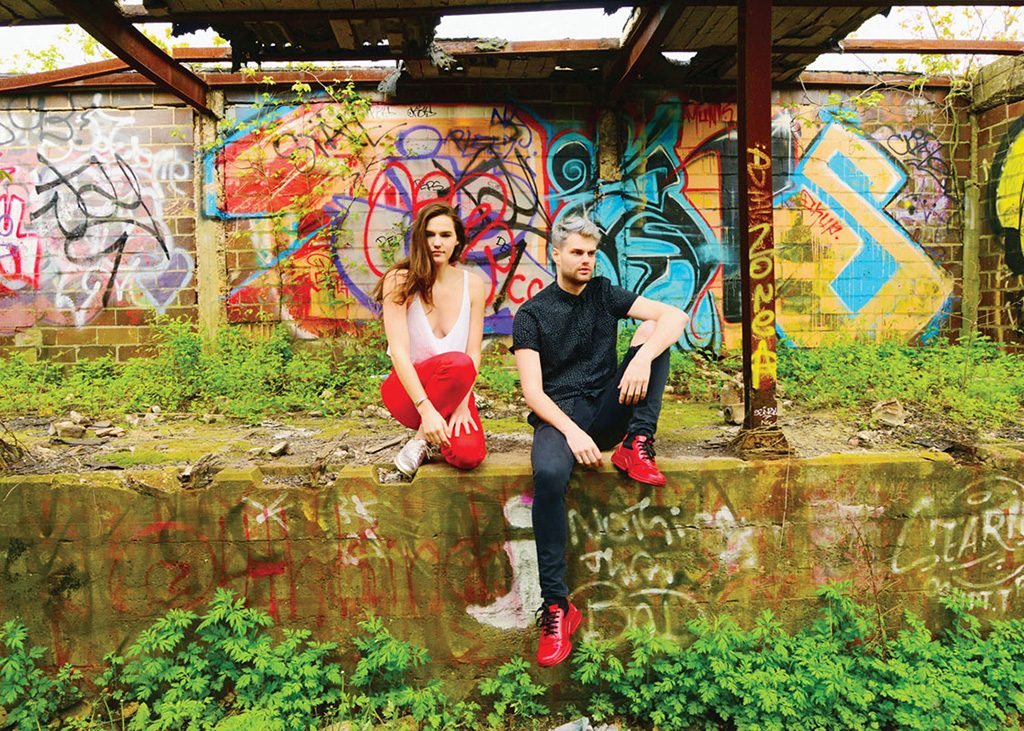 “We weren’t like, ‘Let’s make music for this group or anything like that,'” says Tucker Halpern. “But it actually ended up, pretty excitingly, that a lot of fans identify in all sorts of ways. And it actually does end up being a lot of the LGBT community at a lot of our shows. And it’s the coolest thing ever.”

Together, the two straight, New York-based musicians make up the up-and-coming pop duo Sofi Tukker, which only started recording a year ago. They’ve already snagged a Grammy nomination for Best Dance Recording with the charming first single “Drinkee,” a hit in Australia, Italy and Costa Rica and featuring Hawley-Weld singing in Portuguese. Fluent in three languages — the third is German — the 24-year-old met Halpern at their alma mater, Brown University. Halpern, a 26-year-old Boston native, started dabbling in music production after a prolonged illness permanently sidelined his lifelong dream of a basketball career. “I was DJ’ing when I met Sophie, and she was just playing acoustic bossa nova,” he says.

As a duo, the band is becoming known for a fetching blend of samba and synth-pop, or dance music with Brazilian influences. Beyond Hawley-Weld’s love of Brazil and Portuguese, the sound is rooted in Halpern’s love of ’90s-style dance-pop and house music, an influence that can be heard throughout the band’s sharp EP Soft Animals. “That club music, club kid culture that was probably a haven for many gay people in times when it was not okay for them to be gay,” he says, “that’s when I think the best music and the most passionate, exciting dance music was made.”

A newer single offers a different genre blend — and a slight departure from the playful, fun-loving output to date. “The inspiration was anger,” Hawley-Weld says of the Le Tigre-esque dance/punk anthem “Greed.” The song alludes to our current political predicament and the man, unnamed but unmistakable, running the show. “Your ill will, your sad soul, your haircut,” she shout-sings, to which Halpern tauntingly responds, “keeping you up all night.”

The two are eager to perform the single while in the belly of the beast, so to speak. An upcoming D.C. concert, presented by the 9:30 Club, will mark their third time here.

“We were having the time of our lives,” Halpern says about performing at last year’s All Things Go Fall Classic at the Capitol Riverfront in southeast. “We were crowd-surfing and stuff, it was so much fun.” Even if they don’t crowd-surf this time around, Halpern guarantees a good time. “We do choreographed dancing,” he laughs. “We got some fun stuff going on.” –Doug Rule