By John Riley on January 13, 2012 @JohnAndresRiley 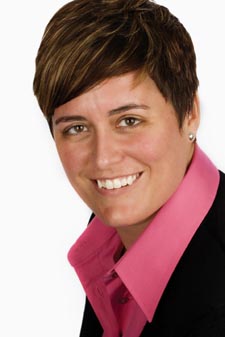 The meeting is scheduled for Thursday, Jan. 19 at 7 p.m. at the Silver Spring (Md.) Civic Building, located at One Veterans Plaza. Several Maryland organizations and coalitions have signed on to support and promote the town hall, including the organizations comprising the coalition Marylanders for Marriage Equality, Equality Maryland, Progressive Neighbors, the Montgomery County Young Democrats, the Young Democrats of Maryland and Maryland NOW.

Mizeur, one of eight out LGBT legislators in the Maryland General Assembly, has been an outspoken supporter of marriage equality. She told Metro Weekly that she selected the issue of marriage equality after MoveOn surveyed Marylanders, asking them to vote for their favorite progressive legislator.  Mizeur won, and MoveOn event organizers allowed her to pick the theme of the town hall.

Efforts are underway to pass a marriage equality bill during the 2012 legislative session, which started on Jan. 11 and runs for 90 days. In 2011, a marriage equality bill passed the State Senate on a 25-22 vote, but was essentially killed in the House of Delegates after Judiciary Chairman Del. Joseph Vallario, Jr. (D-Calvert, Prince George’s County) recommitted the bill to committee for further discussion.

Marriage equality advocates say they are hopeful that such a bill, which is being put forth as a priority by Gov. Martin O’Malley (D), will be able to pass both houses of the General Assembly, after which O’Malley will sign it into law.

“I thought that it’s going to be helful to combine the size and enthusiasm of the MoveOn.Org crowd with the size of our own list of supporters colllected by Marylanders for Marriage Equality,” Mizeur said. “We have all pledged not to leave any stone unturned in passing this bill.”

Mizeur said that, in addition to the grassroots benefits of organizing people to call their legislators, lobby for the bill’s passage, and turn out voters to reject a possible referendum aimed at repealing the law should it pass, the meeting will allow the delegates an opportunity to air what really happened behind the scenes of the marriage equality fight during the 2011 legislative session.

“This way, we can answer what happened, and do the retrospective together, but it also serves as a call to action,” Mizeur said.

John Riley is the local news reporter for Metro Weekly. He can be reached at jriley@metroweekly.com
← Previous Story LGBT Legal Groups: “No Reason to Suggest That Canadian Marriages … Are in Jeopardy”
Next Story → Washington Senate’s Newly Introduced Marriage Equality Bill Could Face Ballot Opposition