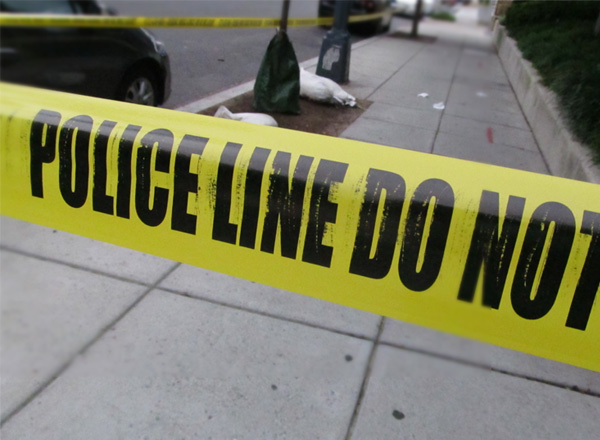 A bisexual man has been found guilty of a hate crime after shooting a gay man in New York’s West Village.

Elliot Morales, 36, was found guilty of second-degree murder in the death of Mark Carson in May 2013. Morales’ conviction occurred after months of delay and a public trial where Morales chose to represent himself. Because of that decision, he was allowed to cross-examine witnesses, including Carson’s friend, Danny Robinson, who was present when Morales shot Carson, The Guardian reports.

According to Robinson’s testimony at trial, Morales walked by him and Carson, calling them “faggots” and “queers,” and telling them, “You look like gay wrestlers.” Video from surveillance cameras showed Carson and Robinson approaching Morales after the initial comments appear to have been uttered. Witnesses testified that the three men were involved in a verbal altercation, before Morales pulled out a gun and shot Carson in the face.

In the government’s closing argument, Assistant District Attorney Shannon Lucey said that the slurs Morales used are an example of “how a killer dehumanizes the targets of his anger,” adding that to Morales, “Mark Carson was nothing but a sub-human faggot.”

Meanwhile, Morales argued that he did not intentionally shoot Carson, but only did so after seeing Carson reach into his pocket and retrieve what appeared to be a gun. But both Robinson and other witnesses testified that Carson did not have a weapon, and no second gun was ever recovered from the crime scene.

Cellphone video of Morales after he was captured by police showed him saying, “I fucking shot him, he’s dead,” and slurring his words. He also laughs and can be seen licking the pavement, before he begins cursing at the arresting officers. Morales attempted to argue that his behavior was attributable to “fear, shock, trauma or all of the above,” as well as being intoxicated.

Morales was also convicted of additional charges including criminal possession of a weapon, menacing a police officer, and menacing in the second degree for pointing his gun at the arresting officer before he was subdued. The charges against him, including the hate crime enhancement, can result in a sentence of life without parole. Morales has been scheduled for sentencing in the case on April 11.

John Riley is the local news reporter for Metro Weekly. He can be reached at jriley@metroweekly.com
← Previous Story In the Red: Gay in a Conservative State
Next Story → U.S. Senate committee approves Fanning nomination as Army Secretary