Film Review: A Star Is Born

Bradley Cooper's remake of "A Star Is Born" is a gritty, heartfelt show-biz fable driven by the force of its two stars

Some viewers might emerge from Bradley Cooper’s A Star Is Born (★★★) still teary-eyed over the film’s tragic romance, and feeling gobsmacked by the vocal talent and star power of its leading lady. Just as likely, some will watch the film in Mommie Dearest mode, eager to soak up the theatrical camp and glamour that star Lady Gaga can’t help exuding, even when she’s stripped of her Mother Monster affectations.

The movie’s earnest depiction of the star-crossed love story that propels a talented young singer’s rise to fame does invite at least a smidgen of snarky side-eye. But, for the most part, Cooper, making his debut as a feature director, plays this material not at all tongue-in-cheek, but totally straight. Well, not totally straight, as the film spends several early scenes in the company of drag divas Shangela and Willam Belli inside a gay bar.

It’s at that bar that superstar singer-songwriter Jackson Maine (Cooper), who wanders in one night looking for a swig of hooch, first hears waitress Ally (Lady Gaga) sing like an angel. Of course, she’s singing “La Vie en Rose” while wearing full-on Édith Piaf makeup, so check that one off the list if you had “Gaga in drag” on your camp Olympics scorecard. Ally instantly wins Jackson’s respect as an artist, and, after a long night of flirting and opening up about their dreams and fears, she wins his heart as well.

At that point, Jackson, a jangly, boozing, pill-popping rock star of a vaguely Kristofferson-Mellencamp persuasion, is still famous enough to fill arenas and be hounded by fans in the street. But his hearing’s going, which impairs his ability to perform onstage, and, addled by various substances, his voice just isn’t sounding the same — something noted by his older brother Bobby (Sam Elliott), who also serves as Jackson’s tour manager, babysitter, and gravelly voice of reason whenever the situation calls for it.

The script, by Oscar-winner Eric Roth, Will Fetters, and Cooper, based on the original 1937 film, attempts to develop the siblings’ road-worn love/hate rivalry, but their conflict registers more for providing Cooper and Elliott ample opportunities to out-gruff one another. Let it be known that, outside of a Thanos sound effects booth, there is none gruffer than Sam Elliott. The screen vet’s manly growl and visage add heartland authenticity, as he digs into Bobby’s resentment over carrying his brother, and his guilt about enabling him.

Bobby, like Jackson and Ally, wears his heart on his sleeve. As was the case in William Wellman’s 1937 version starring Janet Gaynor and Fredric March, and George Cukor’s 1954 musical with Judy Garland and James Mason, and Frank Pierson’s 1976 take starring Barbra Streisand and Kris Kristofferson, Cooper’s film also swings for big emotions with melodrama of the highest order. Jackson, who spirals downward as Ally’s star rises, doesn’t just crash-and-burn, he does so in spectacularly public fashion, at the Grammys, on a night Ally is up for major awards with the world watching. 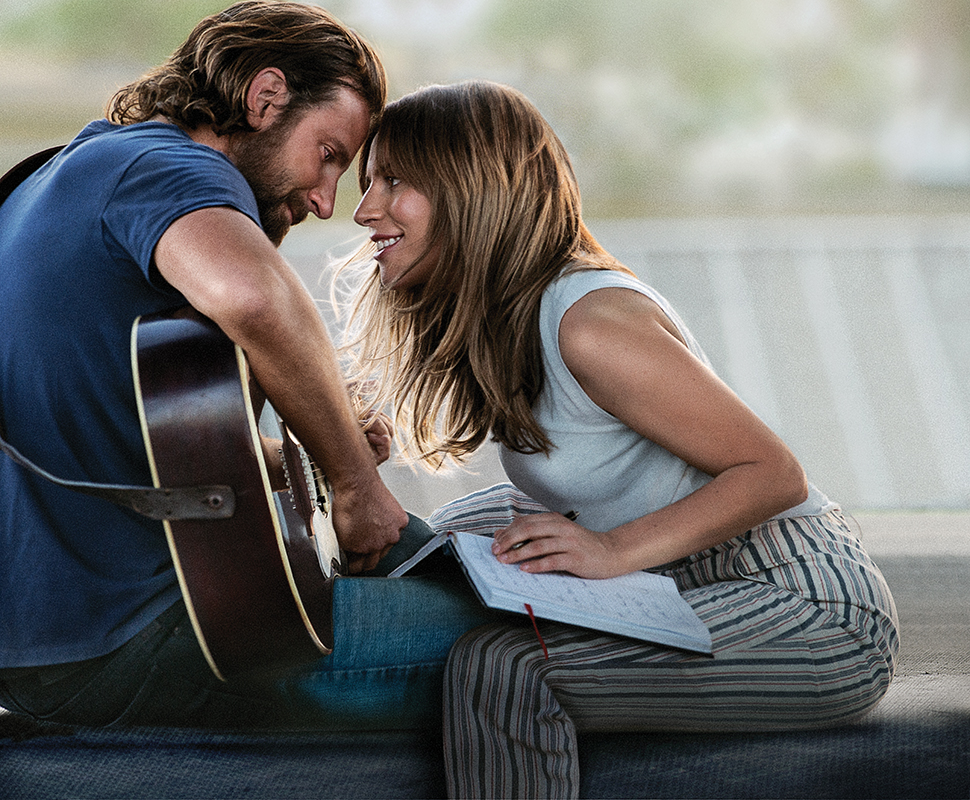 As public meltdowns go, it’s painful — although not as heartbreaking as the corresponding scene in the ’54 version, in which Mason’s Norman Maine drunkenly, and violently, interrupted the Oscar acceptance speech of Garland’s Vicky Lester. As comparisons go, for the many Garland fans who will approach this film still humming “The Man That Got Away,” Lady Gaga delivers a movie musical performance that’s fresh, funny, and at times powerful. She belts, she coos, she bares her rarely heard falsetto on the track “Heal Me.”

The songs, most of which Gaga or Cooper co-wrote, fit the rawer, confessional style of the pop icon’s most recent album, Joanne. These tunes might not endure like “The Man That Got Away,” or Streisand’s “Evergreen,” but they sound like songs written from Ally’s soul, which is the point.

As she climbs the show business ladder, Ally’s songwriting loses some of that soul, or so the audience is meant to think, in agreement with Jackson. After generously affirming and encouraging her talents as a sincere artist, he’s disappointed when her record label turns her into a sexed-up product. Here, the plot forces the filmmakers to come up with a facsimile of a viable, of-the-moment mainstream pop-star career, and the neo-Taylor Dayne effect that Ally conjures while gyrating through her hit single “Why Did You Do That?” doesn’t quite cut it.

The film seems just off the mark in its portrayal of what might pass for popular. But it accurately pinpoints credible truths about artists and musicians who channel their feelings through lyrics and melody. Jackson and Ally are kindred spirits, and that first spark of the affinity they share is beautifully acted by both Cooper and Gaga. Their performances are burnished by tight, roving closeups on their bodies and faces, the camera caressing every glint of light reflected in his baby blues, or off her regal nose. The director appears as enamored with both of his lead actors as Jackson and Ally are with each other.

Like any romance, Jack and Ally come down from the high of newly blossomed love, and in turn, so does the movie fall back to earth after the thrill of their first-act courtship. The march towards Jackson’s inevitable downfall feels rote by comparison. Along the way, Dave Chappelle shows up as Jackson’s childhood friend named, apparently, Noodles, and Gaga performs a Whitney-style ballad for the film’s big finish.

There’s plenty of fun for those who would revel in the sappy self-seriousness of interludes like Jackson’s heart-to-heart with Noodles. For anyone moved by Cooper’s sentimental re-telling of an old chestnut, they might just leave the theater wistfully wiping away tears.

A Star Is Born is rated R, and opens in theaters nationwide on Friday, October 5. Visit fandango.com.

André Hereford covers arts and entertainment for Metro Weekly. He can be reached at ahereford@metroweekly.com. Follow him on Twitter at @here4andre.
← Previous Story Film Review: Tea with the Dames
Next Story → The Oath’s Ike Barenholtz: “Our current political ecosystem is absurd”