Defense Mechanism: Out in the Night (Review)

A compelling documentary, Out In The Night still fails to answer the many questions it inspires 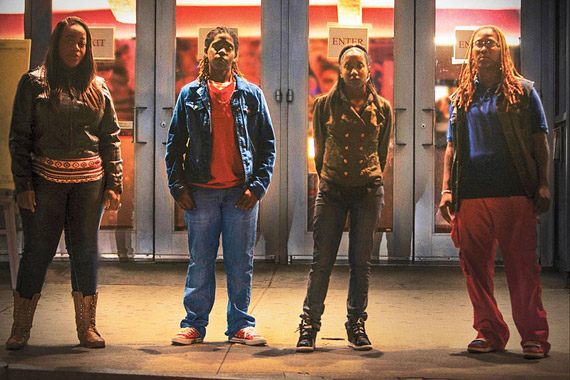 Out In the Night

As much as we’d like to believe that our courts are the envy of the world, too often will a little scrutiny reveal a staggering number of cases in which gender or ethnicity or a variety of other factors have led to sentences which stand in opposition to the accepted norm. With that in mind, and with a media currently obsessed with the treatment of minority citizens by our police and courts, it seems all too timely to revisit the 2006 Greenwich Village assault case in new documentary Out In The Night.

The case involved seven young, black lesbians who assaulted and stabbed a single black man, Dwayne Buckle, in what he deemed “a hate crime against a straight man,” NBC News reported at the time. Four of those women — Patreese Johnson, Renata Hill, Venice Brown, and Terrain Dandridge — refused to accept a plea bargain that would have seen them released after six months, and instead headed to trial, where they were sentenced to eleven, eight, five and three-and-a-half years respectively.

News coverage at the time was sensational, with papers branding them a bloodthirsty gang, Bill O’Reilly stating that they were part of a national movement of violent lesbians, and public opinion turning against the apparently brutal women who harmed a man whose only wrong was commenting on their appearances as they walked past him. Indeed, it’s hard to empathize as Johnson admits to stabbing the man with a steak knife and CCTV footage is shown of the assault. It’s easy to see why a jury of 10 women and two men handed down guilty verdicts on the four defendants. 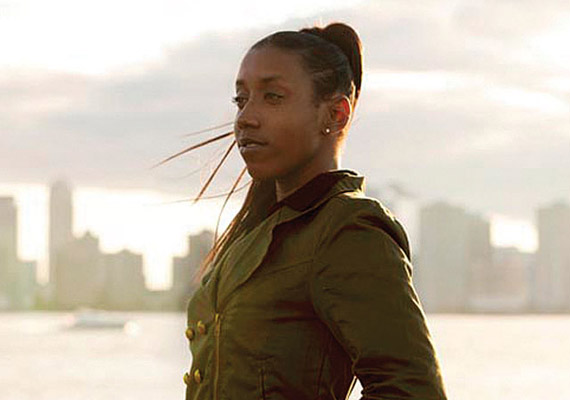 Out In the Night

Well, that’s until you start to examine the facts of the case. It was an all-white jury that convicted them, one which was fed incorrect instructions by a judge who routinely tried actual gangs — of the guns and drugs variety — in his courtrooms. The women claimed they acted in self defense, but vital evidence and testimony failed to make it to the courtroom. The victim was claimed to have been brutally harmed, but the officer at the scene reported no blood and a wound caused by what seemed to be a pen knife (it was eventually identified as a steak knife). The four women claim that Buckle was aggressively sexual to Johnson, who rebuffed his advances by telling him she was gay. An enraged Buckle apparently began throwing homophobic insults at them, before spitting on and throwing his cigarette at them. As CCTV footage showed, he then instigated the attack, throwing punches at the women. At one point Buckle, who told the court he only held his hands up in self-defense, is shown on top of Brown, choking her so violently that she was left with bruising around her neck. When Johnson drew the knife her brothers demanded she carry to protect herself, she did it to save a friend she thought was going to be killed.

Lawyers are interviewed, who state absolutely that their clients acted in self-defense. The four women talk of their upbringing in Newark and how difficult life can be. Indeed, all four knew Sakia Gunn, the openly gay woman fatally stabbed in Newark for rebuffing a man’s sexual advances. Representatives of FIERCE, the New York-based activist group for LGBTQ youth of color, discuss their outrage at the sentences imposed on each woman. At a rally, the question is raised as to whether the same harsh sentences would have been handed to a group of white women.

Indeed, Out In The Night asks a lot of questions. Why was Hill given eight years for her role in the assault, yet the male family member who raped her when she was nine was only sentenced to five? Why were Brown and Dandridge charged with felonies when their roles were misdemeanours at best? Why was the judge, prosecutor and national media so obsessed with presenting the seven black women as a gang, when in reality they were a group of friends on a night out in Greenwich Village?

Director Blair Dorosh-Walther fails to answer these questions. Like a visual Wikipedia, the facts are presented, but are neither challenged nor explored — perhaps a victim of the film’s lack of narration and short 74-minute runtime. There’s nobody here to seek explanation, no opposing arguments offered as neither the judge, prosecutor or Buckle agreed to be interviewed. In the end, we’re left with four women who were undoubtedly wronged by a system, a man and a media prejudiced against their race, their gender and their sexuality, but we’re not given any sign of change, any exploration of those wrongs, any sense that Dorosh-Walther was interested in doing any more than filming their lives, their families and those who wanted to help them.

As a record in history, Out In The Night is a great piece of educational film, one worth watching. However, it’s hampered by its short length and lack of depth. Dorosh-Walther only scratches the surface of the numerous injustices in this tale, leaving the complexities and the vulgarities of what lies beneath untouched. And those are perhaps exactly what needed to be explored.

Out In The Night, presented by Reel Affirmations, screens January 30 at 7 p.m., at The Human Rights Campaign Equality Center, 1640 Rhode Island Ave. NW. A Q&A with the filmmakers and Patreese Johnson follows. VIP Tickets are $25. Screening only tickets are $10. Visit reelaffirmations.org/out_in_the_night.

Rhuaridh Marr is Metro Weekly's online editor. He can be reached at rmarr@metroweekly.com.
← Previous Story Into the Woods (Review)
Next Story → Pride wins BAFTA for Outstanding Debut by Screenwriter